Looking for Leopold and Loeb’s culvert

One of my childhood heroes was the criminal defense attorney Clarence Darrow. Beside being a notorious agnostic (and writing an autobiography that was the first book I read in the sixth grade when I was admitted into the adult library by special dispensation, having read all the books in the children’s library) he also defended Leopold and Loeb (wiki) who were convicted of murdering a child and stuffing the body in a culvert. Some time ago, when googling the Nike missile site at nearby Wolf Lake (map), where I often walk, I became aware that Wolf Lake was also where Leopold and Loeb disposed of the body in a culvert.

Yesterday I went for a long walk after transferring the new Leonard Cohen London concert album to my new mp3 player, and just for kicks decided to see if I could find this notorious culvert. Here are the clues. The location is described as being in Illinois, near 118th street, near the Pennsylvania Railroad tracks, and on the north side of Wolf Lake. Also they moved the body with a car. Looking at a map, we see only two railroad tracks on the north side of Wolf Lake, one accessible by 118th street and one by the access road that goes around the west side of the lake (not on the map). I have marked the two possible routes in red. 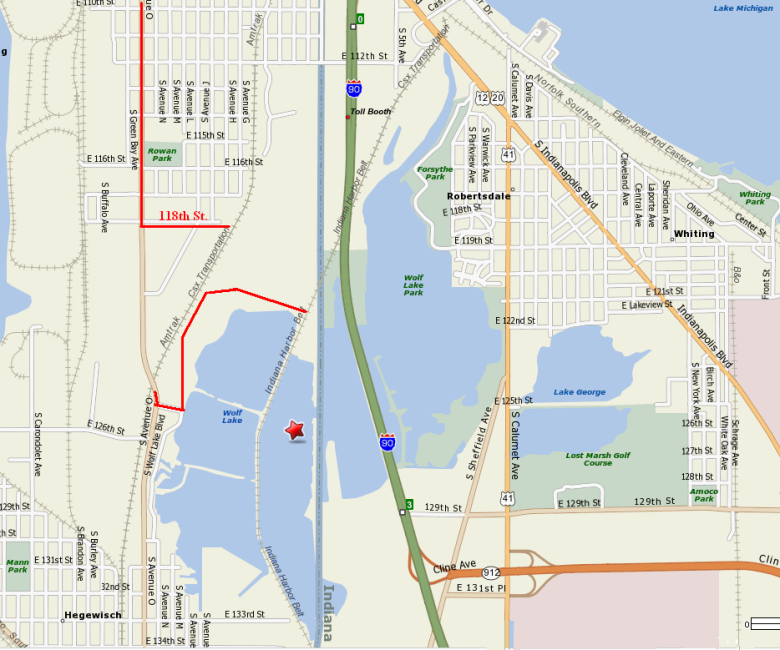 So now, to the park.
I have never seen this before. Why does it make me nervous? 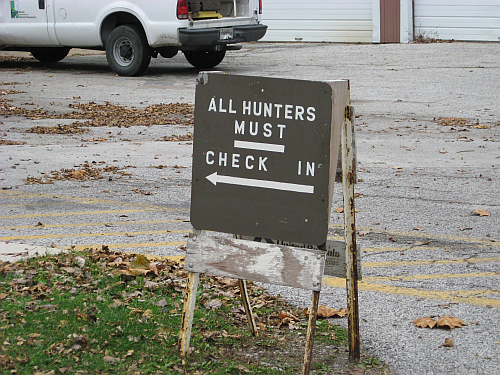 There is still some fall color, even though most of the leaves have fallen. The sumacs are the most spectacular. I wonder if this is the same sumac the Arabs eat as a seasoning. 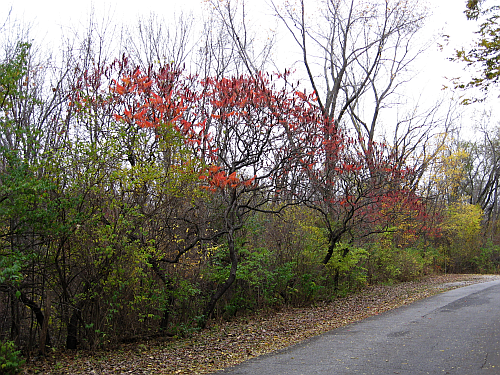 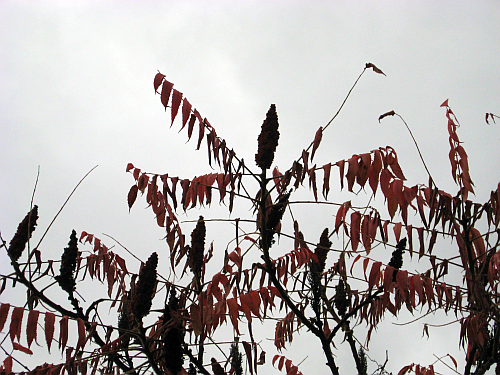 I take the road that goes around the west side of the lake (red line), 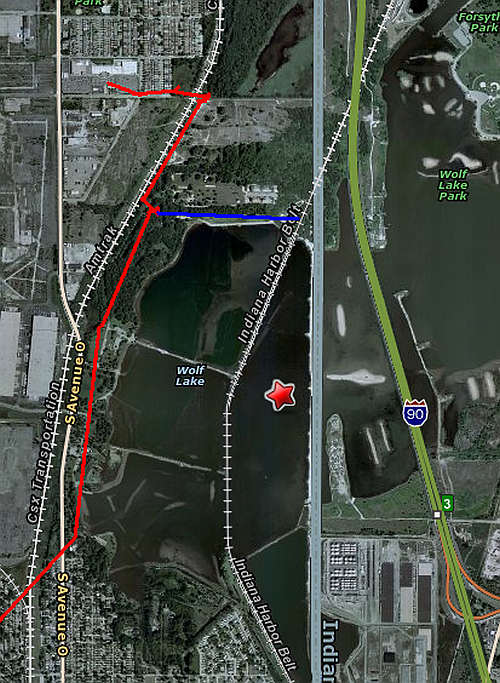 but when I get to the crossroads, hoping to investigate the railroad tracks nearest the Indiana border, I am met with a road closure. 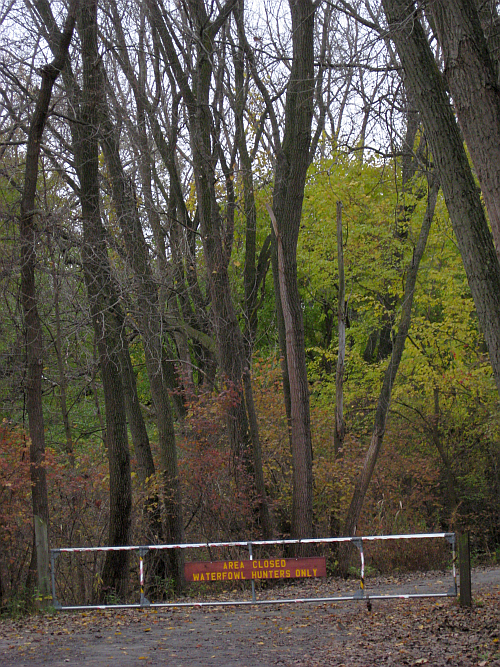 I have no desire to meet up with hunters carrying guns of any kind so I climb the hill to the bike path to the west. 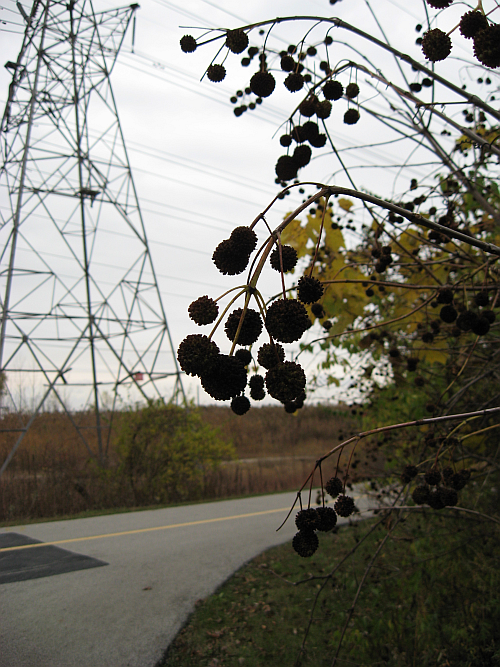 The book exchange is still there, but no books today, not after two weeks of rain. 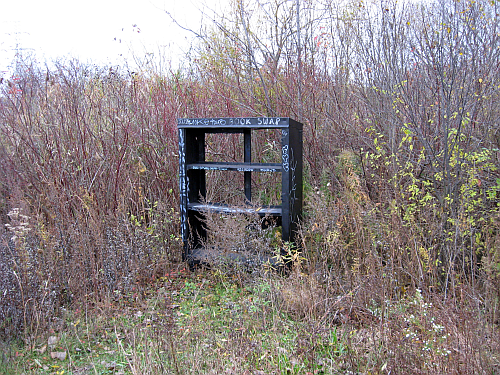 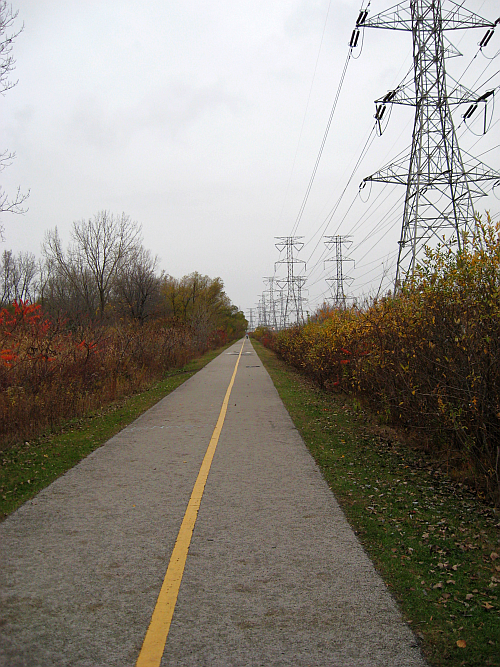 Finally I reach the turnoff for 118th street. 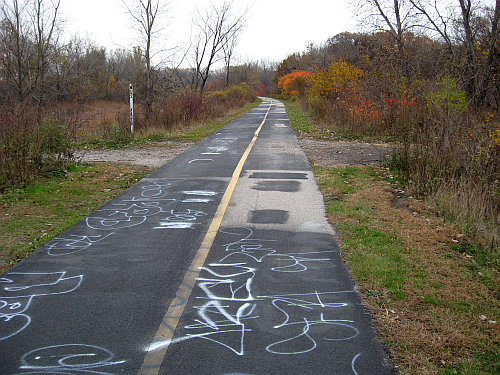 And not wishing to run into duck hunters on the north side of the lake, I head towards the western exit. 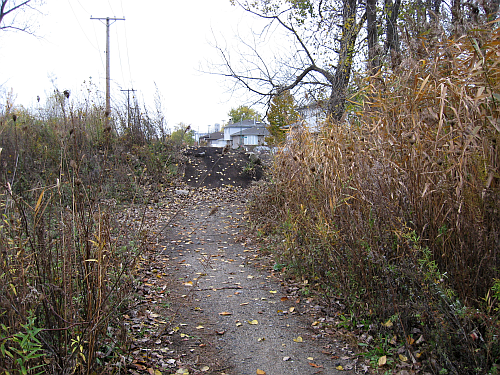 This leads out to a supermarket and a few shops. 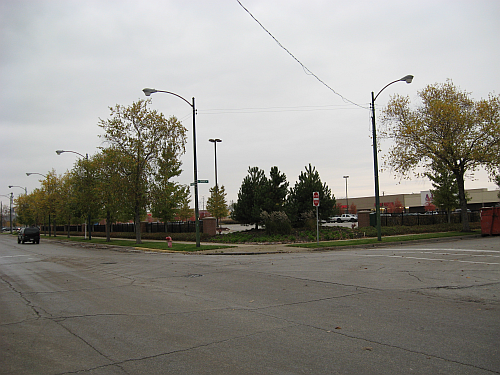 Here the frost has not touched anything. Roses are still blooming as I reset my mp3 player for the return trip. 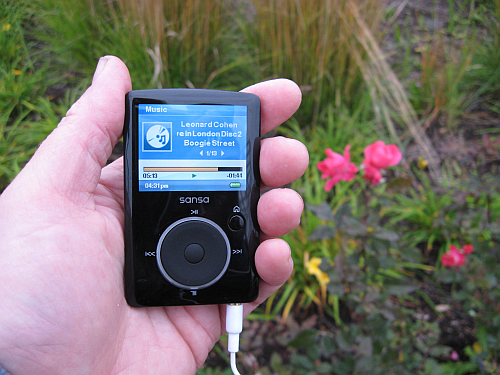 Geraniums and hosta are still green here, but at my house they’re yellow from the frost. 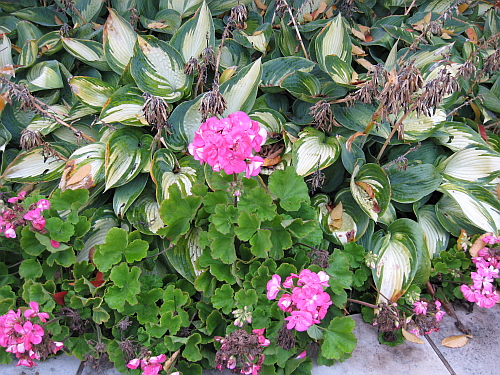 The map showed railroad tracks between the lake and 118th street, but I didn’t see any. On my return trip I see what has happened. The old railroad right-of-way has been used to make the bike trail, and our infamous culvert is no where to be found. 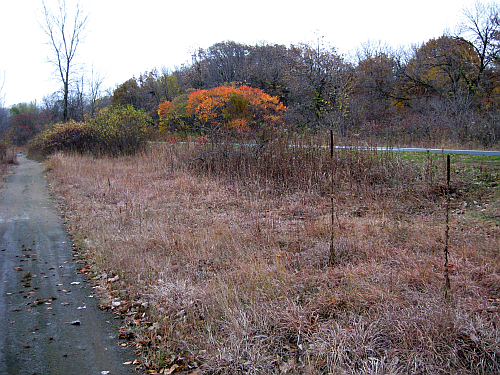 But there’s no reason I can’t do a little moss gathering. I having been keeping a lookout for moss, and here I finally find it on the west facing edge of the bike trail. Alas, it’s public land, so I will have to leave it undisturbed and enjoy it right where it is. 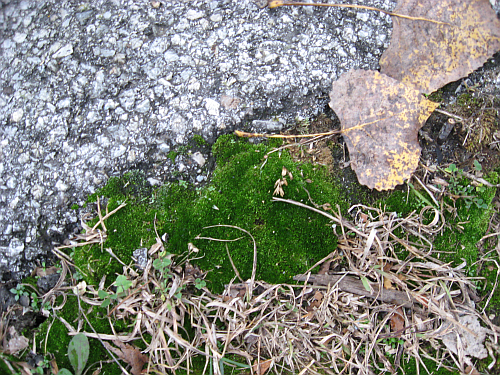 8 Responses to “Looking for Leopold and Loeb’s culvert”