When I went across the street this morning to gather mint for my morning tea, the bees were taking quite an interest in the mint patch. It wasn’t the mint that interested them though, it was last year’s garlic stalks.  You could actually hear the sound of them chewing the dry stalks. I suppose they need it to build some sort of honeycomb.

For corresponding poetry here are a few lines of Sylvia Plath’s “The Bee Meeting”:

Who are these people at the bridge to meet me? They are the
villagers—–
The rector, the midwife, the sexton, the agent for bees.
In my sleeveless summery dress I have no protection,
And they are all gloved and covered, why did nobody tell me?
They are smiling and taking out veils tacked to ancient hats.

Since Ariel was republished, with some new material, most of the open source websites where you could get a taste of her writing have evaporated, some with a terse copyright explanation, but you can still read the rest of the first bee poem and some commentary at the Sylvia Plath forum.

Plath wrote a series of five bee poems: The Bee Meeting, The Arrival of the Bee Box, Stings, The Swarm, and Wintering; here is a link to a series of essays about the bee series, as well as a few more snippets of the poems. If you read The Bell Jar back in the 60’s, and puzzled about her suicide, the bee poems show a little different side of the poet. 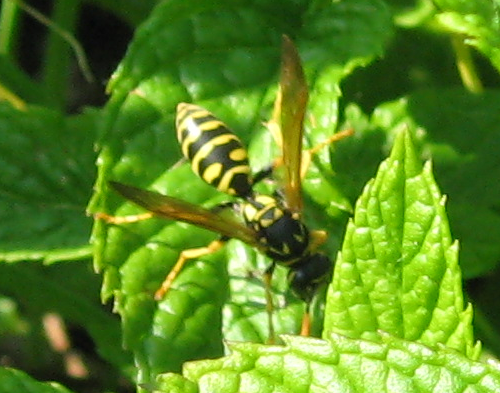 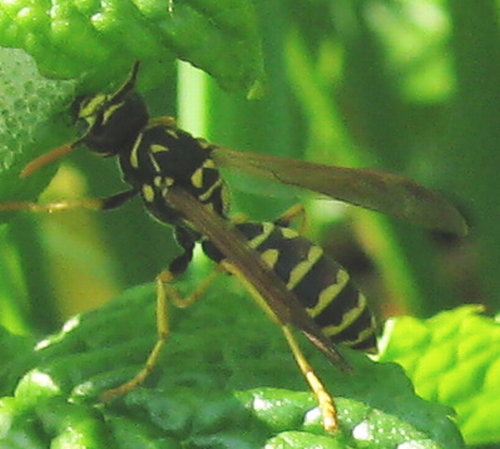 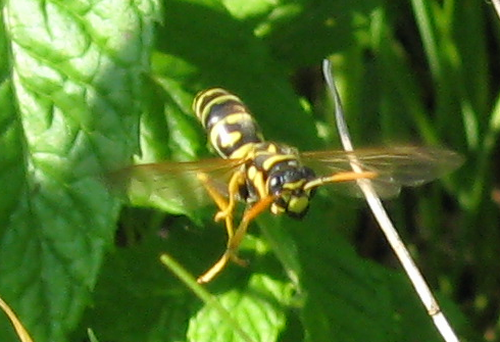 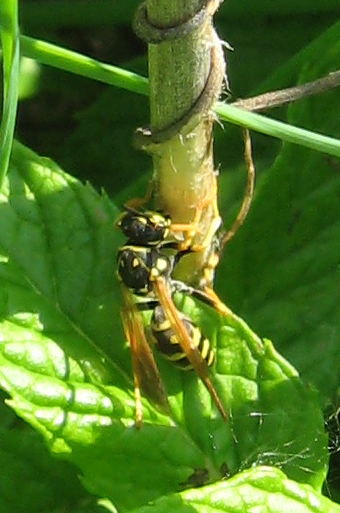 On second thought, judging by the lack of furriness, these might be wasps.  In which case, let me offer up a wasp poem:

The Wasp by Ogden Nash
The wasp and all his numerous family
I look upon as a major calamity.
He throws open his nest with prodigality,
But I distrust his waspitality.

Posted in macro, photography. Comments Off on Macro bees (or maybe wasps)
« Arabish: A cure for every aliment but tedium
These are bees for sure »
Loading Comments...
%d bloggers like this: