Now that my CD burner compatibility issues have been sorted out, I have tried downloading a CD from an online store. Here’s how to do it, sort of.  It didn’t go altogether smoothly, but did produce a usable CD. 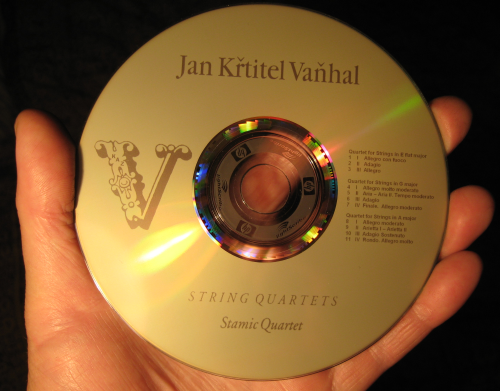 For the last couple three months, I have been listening to this remarkable recording of Arturo Benedetti Michelangeli playing Chopin (you can listen to samples of all the movements at that website), as well as some compositions by Johann Baptist Vanhal (wikipedia), a talented contemporary of Chopin Haydn.  Now, the same person who recommended those gave me the link to this download of Vanhal string quartets (more samples you can listen to at this website).

I would have been happier if they hadn’t been in MP3 format, which doesn’t sound as nice with my good speakers, but just the same, the download took around two hours.  Before starting the download, I copied and pasted the link.  Good thing I did, because the always-steady public library wifi dropped the connection and I had to restart it.

(Unfortunately I discovered one of the movements ends abruptly; it only lasts a little over a minute instead of more than 5 minutes, but I downloaded the file again and I have it.  Now I just have to burn a new CD.)
For any one else who want to download this album and just happens to have a disk drive that can burn Lightscribe labels, here are the four images I used to burn the label side of the disk. (clickable) 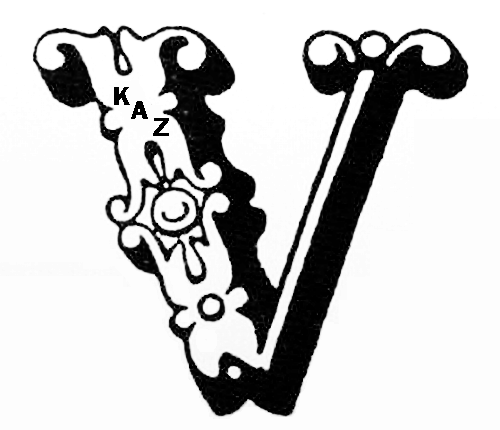 The BBC is now streaming some very nice oud and guitar music on  BBC Radio 3 World Routes. (Thanks, Canahan!)

Update: Very nice station; I enjoyed the classical bit afterwards too.   I remember listening to BBC News on a little longwave radio in Jordan every day, but it was never like that.  We don’t have a strictly classical station here in Chicago, but we do have world-class jazz–although much less of it since Dick Buckley retired and took his record collection with him.

The Iraqi program–BBC proms (?) Ilham Al Mafai and friends on oud and guitar–which  comes up if you do a site search for Iraq, is still available here.

In my tiny corner of the universe, Gloria Estefan’s Hoy has surpassed even the catchy dance rhythm of Selena’s Bidi Bidi Bom Bom among the teenage language lab crowd. I admit I find myself drawn to it too.

Posted in music. Comments Off on Student favorite

Here is the full score for Chopin’s prelude in C# minor Op.45 (for following along to the audio in this post).  It is in the public domain and can be downloaded in PDF format here.

Posted in music. Comments Off on Chopin score

[Note, much later: I have found an absolutely breathtaking recording of the same thing here, with much better sound quality, but the one I embedded above before I dashed off to work, in spite of the scratchiness and audience noises, has a certain intimacy and freshness.]

Early this morning I found a CD in my mailbox: a Chopin recording by Italian pianist Arturo Benedetti Michelangeli (Amazon review).  I don’t know if I should say who it was from, I don’t really have permission, but thank you, thank you, thank you.

I haven’t listened to much classical music lately–usually it’s something more like Pancha and Shanti’s Chautari.

I put the CD in the computer and fired it up while I started tea in the other room.  At first it reminded me of my childhood, and Sunday afternoons listening to Mantovani and his Orchestra after Sunday dinner.  But it was very quickly obvious that Michelangeli was different, expressive without being sentimental, and I started listening more in the spirit of “the soundtrack of your life”, going about my routine with the music in the background.  Then the music sort of went under me and up at the sides, and I was listening in a different way.  I’m not a music critic, so I don’t know how to describe the sensation except as a physical shift. It was track 11, Prelude in C# minor opus 45 (the video above).

Michelangeli has sort of gotten under my skin today.  For something with better sound quality, I have found a free download of Michelangeli playing  Chopin’s Grande Polonaise brillante précédée d’un Andante spianato, op. 22 and Debussy’s La Sérenade interrompue, and to see his stage style, the video of Beethoven’s Sonata Op. 2, No. 3 mentioned in one of the Amazon reviews.

Posted in music. Comments Off on Chopin before work

-the Lorica in Gaelic

Today I was looking for the segment where Leonard says. “You have to sit in the very bonfire of that distress and you sit there until you’re burnt away and it’s ashes,” and I realized in places his words had a cadence very much like the Lorica, but instead of the traditional Christian context, he gives a version that is a pure Cohenesque mobius strip, or maybe Klein bottle. [Transcription is from video 4/6 starting at 7:35, and video 5/6 starting at 5:40]

I’ve always liked singing, I’ve always liked playing guitar, I– like music.
My mother sang, you know, the cantor sang in the synagogue–
Music was a big part of my life — it was natural to express myself musically.

I had whatever few materials I had, but mostly it was chaos and desolation
And it was just to organize something with what I had
a little melody, a chord
you know, just pieces of bone and rag
and just a few things put together and you know

and at a certain point, they breathe, that mess,
that formless pool of slime and despair
it starts–even if it’s about that, even if the song is about those matters
it still you know becomes a universe of its own
and you can enter it,  you can sing it and you can communicate it and you can inhabit it,

so, it strengthens you to do that kind of work.
but you have to — dive into it just — same way in zazen
things arise that are very disturbing

You have to sit in the very bonfire of that distress
and you sit there until you’re burnt away
and it’s ashes,
you know,
and it’s gone.

You know, I had this urgency
from quite young, from a quite young age
to make things, you know
mostly it was on a page
just to make something that worked, you know

something that, that rose off the page
that sang
that had a life of its own
that you know
could win a heart,
could present me in a good light
could touch myself.

I always felt that poetry and song were the ashes of experience
and the ashes were well burned, you know,
they were — you could clarify them, you could purify them
you could get rid of the clinkers and the chunks
and it could be beautiful fine white ash, you know

when you get out of the way of your own love, it  becomes true
and it’s not fixed,
when it’s not solidified,
and when it’s not focused rigidly on another object it … it …  it broadcasts

in front of  you and in back of you
to the right of you, to the left of you
above you and beneath you
and you’re in the center
of a force field
that includes everything
that has no inside or no outside
that doesn’t look at anything
nor does it need to be looked at.

Posted in Leonard Cohen, music, Poetry. Comments Off on A Cohen Lorica

I heard there was a sacred chord that David played and it pleased the Lord.

And whenever the evil spirit from God came upon Saul, David took the lyre and played it with his hand, and Saul would be relieved and feel better, and the evil spirit would depart from him.

Do eastern sacred chants have “chords” or is that a western concept?

I first ran across dual tone singing, a form of chant where two notes/overtones are sung at the same time by one person, on a CD that includes “The Sacred Chants of Tibetan Buddhism” sung by monks.   There are instruments playing at the same time, but whether it is a “chord” or a “cacophony” probably depends on your frame of reference; I find it soothing.

There are also Mongolian “throat singers” who sing dual tones. On the border between Mongolia and Russia, the Tuva throat singers sound like a two string instrument tones playing simultaneously with a third vocal tone. Throat singing is traditionally a male pursuit — I never knew the female voice was capable of producing dual tones, but here is a woman braving custom and breaking taboo.  The male throat singer with the accordion is also a rebel; under the soviet system, throat singing was also considered a form of dissent, along with shamanism and Buddhism. Not sure what to think of the accordion, but it doesn’t sound like  a traditionally Western tonal scale, likewise with the tuning of the autoharp (goats at 10:45).

This one is from Siberia — a duet with a two-stringed instrument (I am reminded of the bedouin rebaba) and vocals that sound almost like whistling.  In the background: some footage of Siberian ice fishing.

Here is  a very polished Tuvian singer, Kongar-ol Ondar on Letterman show with three-stringed instrument and playing what looks like chords that aren’t quite western (or do I hear a 7th?) but seem to resolve like western chords. Somewhere I saw that out of 100 Mongolians who go to the throat class, only 7 or 8 go on to actually study it. Something like our western chorus.

A Mongolian with a two-stringed instrument, one string is in unison with the voice and the other sounds like a drone, similar to the low note on bagpipes.  Again there is a sort of harmony that seems to resolve, but I’m not ready to call it a tonic.

From my favorite travel show, Ian Wright on Globetrekker (a British production, obviously): four musicians singing with stringed instruments sort of illustrates the problem of trying to define the question in terms of western music. Where we would look for chord progressions — the tonic, the fourth, the fifth, the minor third, (and if you will, for Leonard Cohen fans, the major lift) — they seem to be naming their sounds “steppe, mountains, river, forest, Gobi desert.”

I would also not think that just because there are not two notes playing simultaneously at a given time that no underlying “chord” exists. Imagine “Amazing Grace” sung a capella (Judy Collins 1970). Each note can only fit into a certain chord, or a certain set of chords, so you can hear in your mind’s eye (sheet music) the chord progression I, IV, I, V7, since the note “G” can only fit into a C-chord or a G-chord, but not a D7 chord, etc. Since I can basically sing in tune, and hear half tones and whole tones, but not quarter tones, I can’t imagine what they must be hearing in their mind’s eye (if that isn’t too mixed of a metaphor), but they must be hearing something.